Brunch and lunch every day until 4PM, and dinner until 9PM, except on Sundays when they close at 4PM
Live music every Thursday night
430 Broadway, Saratoga Springs, NY
518-886-8479
themercsaratoga.com

The Mercantile Kitchen & Bar opened its doors at the end of 2018, introducing a new perspective on American Bistro-style fare to Saratoga Springs. Inspired by his childhood on Long Island, where he frequented 24/7 diners, proprietor Chris Luriea saw an opportunity to offer brunch, lunch, and dinner daily, but with an elevated approach. After a little face lift to the space (formerly occupied by Cantina which moved a few doors down), The Merc was ready to go and has been flourishing since.

The Merc exudes a sophisticated coolness from the minute you walk in the front door and pass through their beautiful entryway. As is the case with many upscale casual dining spots, you can expect a mellow and straightforward atmosphere. The interior touts original hardwood floors that contrast flawlessly with the newly updated deep blue banquets and bar stools. Speaking of the bar, this massive bar area provides seating for around 15 people. Don’t hesitate to opt for the outdoor seating during the warmer months, located on the front and side of the restaurant, which is right on Broadway and perfect for people (and puppy) watching.

Cocktails at The Merc, which change seasonally, are unique, well developed, and flavorful while still maintaining their approachable attitude. The Ruby Rose features New Amsterdam Gin paired with citrus and Rhubarb for flavor, that is then balanced nicely with an egg white and Cocchi Americano, a noteworthy sweet vermouth that you could drink straight if you so desired (and you should). If you’re looking for a cocktail with a darker spirit, try the Ron Burgundy, made with Bourbon, Pomegranate, a lemon syrup, and, wait for it… Malbec.

If cocktails aren’t hitting the spot, they always have some impressive craft beers on draft, such as the Sloop Juice Bomb, Jack’s Abby Hoponious IPA, and award winning Bell’s Amber Ale. Domestic options include Miller Lite, Coors Lite, and Bud Lite, among others. Feeling bubbly? Try out their light and crisp Zardetto prosecco by the glass or grab a bottle of Laurent Perrier if the occasion calls for it. No matter what you’re feeling, the Mercantile has you covered.

With a kitchen that serves brunch, lunch, and dinner, you’re almost certain to find exactly what you’re craving. Crowd pleasers include the Rainbow Salad dressed with a lemon vinaigrette and a delectable (and plentiful) turkey sandwich (think turkey club with avocado but without the layers of carbs). Dinner items like a center cut NY strip steak frites (priced at a mere $27) and a banger fried chicken sandwich served on a brioche bun with white bbq sauce and homemade coleslaw will have you drooling.

It’s worth mentioning in this day and age that they have also graced us with several plant-based options to balance out some of the heavier selections. The No Huevos Rancheros, titled as cleverly as it is delicious, is composed of a seasoned vegetable scramble, black beans, quinoa, spinach, soy chorizo, caramelized onions, and an avocado mash with salsa and toast.

A restaurant that is able to satiate a food or drink craving regardless of the time of day is generally speaking, masterful. And who doesn’t appreciate some good specials? Wednesday nights are for Sammies and Suds ($1 draft beer with the purchase of a sandwich) and Thursday is Supper Club (an appetizer, an entree, and a dessert, all for just $20) plus live music. See you there! 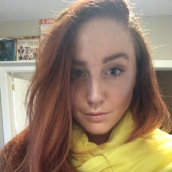 Emily Wolfe is a Saratoga native who returned post graduate school. A lover of wine and spirits, working towards her Certified Sommelier Pin, she travels often to find her favorite craft cocktail bars, taperías, and restaurants.